Take Me To Your Leader

My youngest is not technically a toddler yet. He is only 10 months old, but he is already incredibly mobile, into anything and everything and full of a little more spunk (ie...piss and vinegar) than I was secretly hoping for dude #5. For months now he has been crawling, and as baby-dom goes, he's already trying to take steps, has gumby-go-go-gadget arms that reach everything that used to be in a "safe zone", and is becoming quite a little dare devil. Go figure. I guess it was somewhat naive of me to expect him to be quiet, docile, and an along-for-the-ride kind of dude. Luck doesn't roll that way.

Dude #5 may be a tiny mobile terror, but he doesn't have much of an extensive vocabulary...yet. He's more of a grunting, drooling, weird-sound making creature from the black lagoon. Don't get me wrong, I think all babies of this age probably do more grunting than actual speaking, but I think my little dude just may be tapping into a language from another world. He not only speaks like the Yip Yip Martians, he seems to comprehend their sounds!

"Aaaaaap! Tttttuh! Fffft! Hhhhheeee!" All are noises that my tiny terror regularly exudes. And I don't understand any of it. The older four dudes, however, seem all to eager to engage in this foreign conversation seeming to not only enjoy the sounds...but understand and sometimes obey the incoherent noises! I, for one, am baffled at the exchange that regularly takes place between my alien-speaking dudes. I am becoming more and more convinced that they are indeed extraterrestrial life forms posing as tiny people simply biding their time until they slowly take over earth. They already run my small kingdom...it's only a matter of time before their cuteness lures all of you into their dubious plan.

And to top it off, I think the baby is the leader! The brothers seem to respond quickly and obediently to his grunts, mumbles, and chatters without hesitation or question. You be the judge: 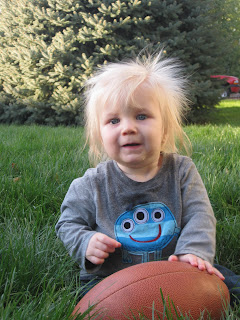 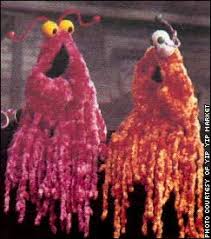 Or Yip Yip Martian sent here to rule the world?
One can never be too certain. So until I have a little more evidence, I'm going to keep my guard up...and try to convert my little Yip Yip Jr into an english speaking human. Otherwise, I fear my Mom-dom is doomed to be the next Area 51!﻿
Posted by Crystal at 10:46 AM